There are a lot of new cargo bikes in town! G & O Family Cyclery just opened in Greenwood (our first visited blogged here) and is responsible for two friends’ new family rigs. Today we met with Elisabeth on her one-day-old Bullitt and Sara on her three-day-old Xtracycle EdgeRunner (and her husband, Dave, on his not-new, but awesome Dutch bike). 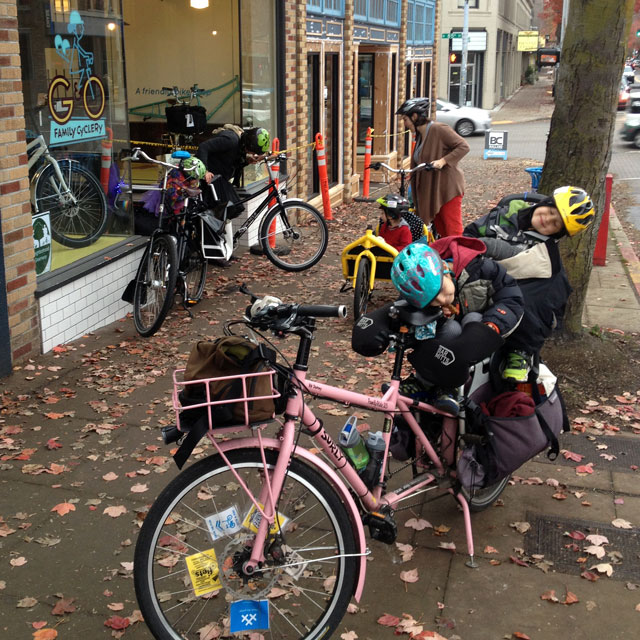 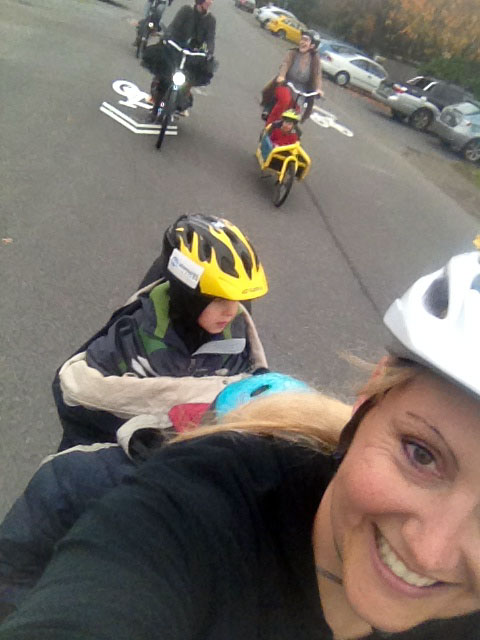 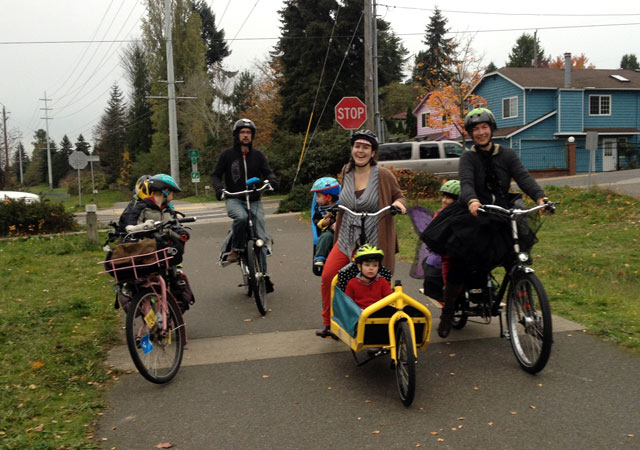 My original plan was to ride into Shoreline, but we decided to stop at Bitter Lake. This meant we only took one block of Linden cycle track (map of our route).

The five kids had fun at the Bitter Lake playground, even when the drizzle started. Elisabeth hung out in her Bullitt box to stay warm, but eventually we adults got too cold and urged the kids to call it a day. 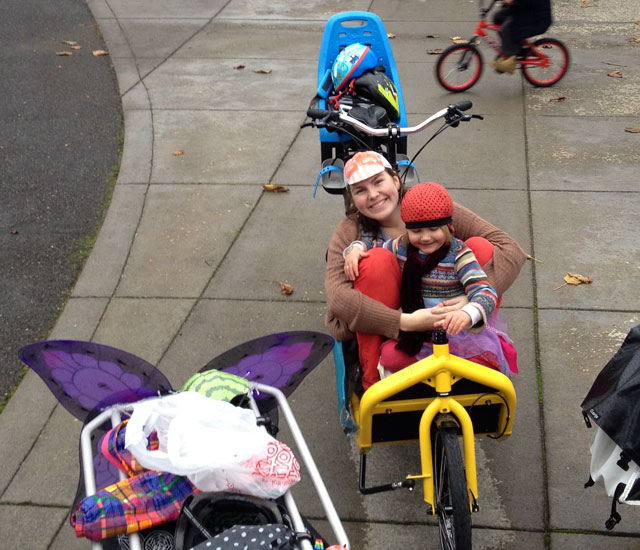 This was just a practice parade as we’re waiting on a new bike addition to the Wheelha.us stable and one other family bike that’s on the way. But for a parade planned the night before, this was great! And I like the route so I think we’ll do it again…with an indoor destination–Sky Nursery was my original plan, though we’ve never been.

2 thoughts on “Parading with friends on new bikes (part one)”

I'm teaching an in-person, outdoor bike commute clinic tomorrow--you should come! The news will be there, too, since this is such a big deal! ...or b/c it's good fodder for "soaring" gas prices driving (<- lol) people to use bikes instead of cars.