Oh hey, I may not have mentioned I’m attempting to blog every day of #30daysofbiking. Probably because I’m not sure I’ll be able to keep it up–the blogging, not the biking, that is. And what a wonderful thing to have arrived at the point where it’s harder to type about the biking than to do the actual biking.

Anyhow, the theme of the day was “bikes on bike”. I toted two bikes today: 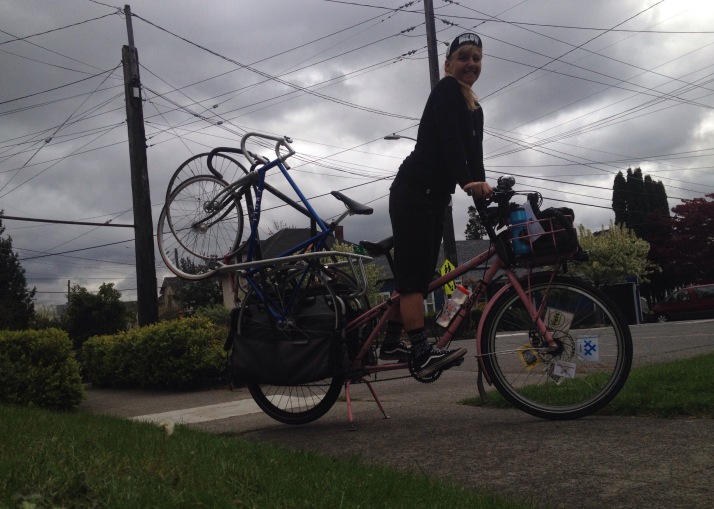 Normally I “bag and drag” bikes (here’s my Hauling two (and three!) bikes post with many “bag and drag” pictures), but these bikes haven’t been ridden in 20 years so I didn’t want to drag their flat rear tires around. The Hooptie is helping hold them in place, but it’s mostly the middle Xtracycle FreeLoader bag buckle connected from left bag to right bag over the FlightDeck holding them in place. But for good measure, I added a bungee to join their front tires and strap them down to the deck, a bungee through the backs of their frames to the deck, and a Yuba cargo strap around frames and Hooptie in the middle.

I hauled them a bit out of the way, past where I started yesterday with the bike speaker, looking for the little JBL faceplate I lost en route. I was prepared to retrace my steps all the way to Olympic Sculpture Park, but I found it a mere five blocks from Velotron’s garage! 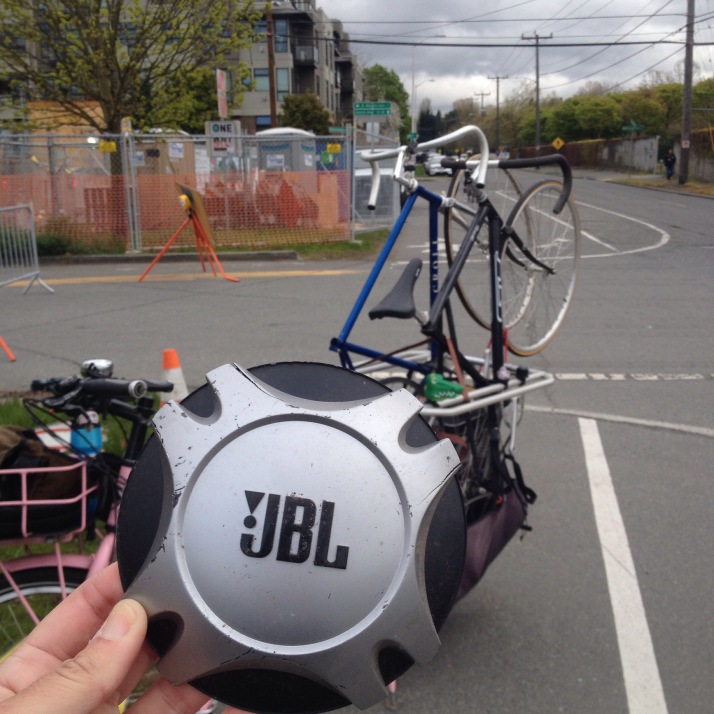 After depositing the bikes at the shop, I took advantage of the ease in making extra stops when travelling by bike. First up, I grabbed lunch to go in Fremont and sat on my favorite bench by the ship canal to watch tug boats motor by. 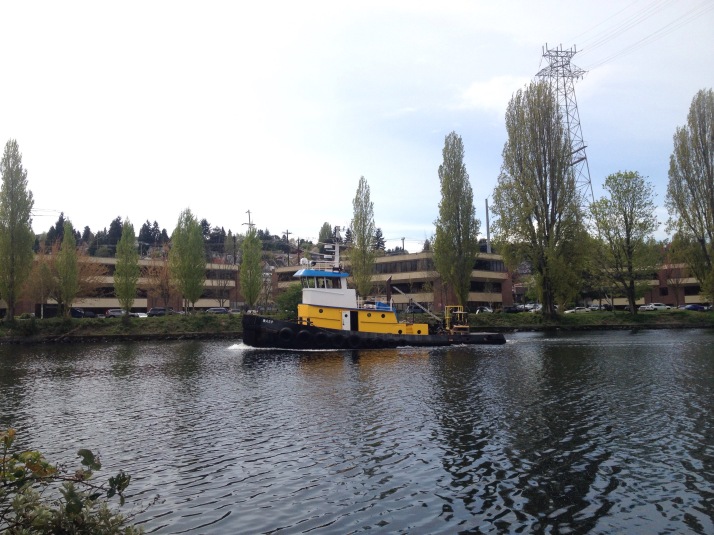 Then on the 3700 block of Meridian, I stopped to watch the demolition of this house: 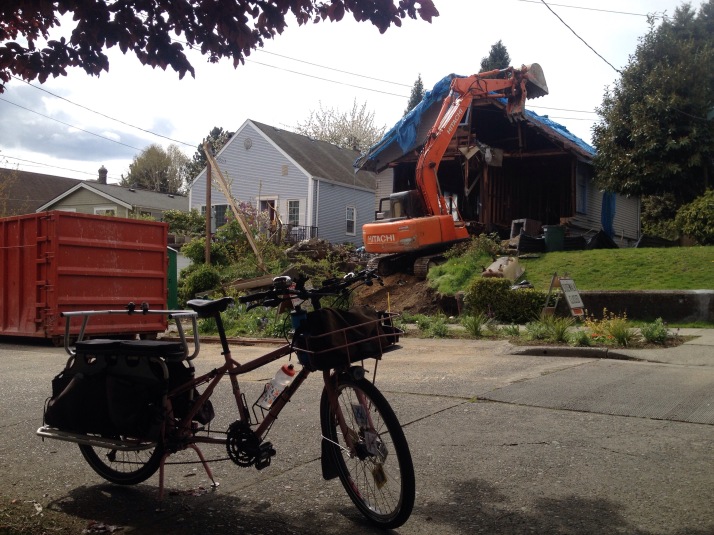 Yes, biking isn’t the only way to accomplish these things, but it’s just so much easier. A father, three kids, and a dog were sitting across the street watching, too, but no one watched from their car. This house had a ton of bikes on the side of it back in the day, and even at one point an S.U. Velo on the porch (now defunct locally-sold cargo bike) so it’s always been on my radar.

7 thoughts on “Bikes on bikes”