I didn’t actually ride three different bikes today, but if I’d bothered to [learn how to and] pump up my road bike’s flat tires, I would have had a triple play. We started the day on the Big Dummy: 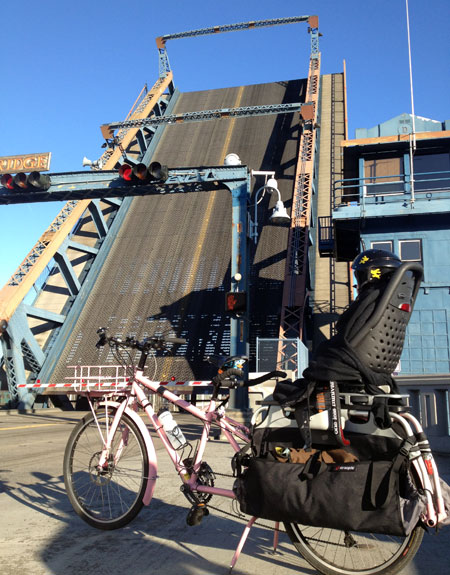 In the afternoon we took the Milano with the idea to get the new kickstand put on at Dutch Bike Co and then continue along to the beach. The shop was too busy (call first next time!) but the beach was great. Sunny and over 50 degrees meant flip flops for me! 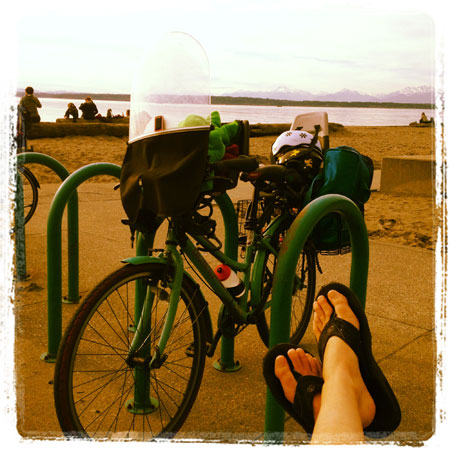 It wasn’t quite flip flop weather, but it was nice not to come home with sand in my shoes like last beach day. The kids were OK in short sleeves and rolled up pant legs, but I huddled under a blanket. 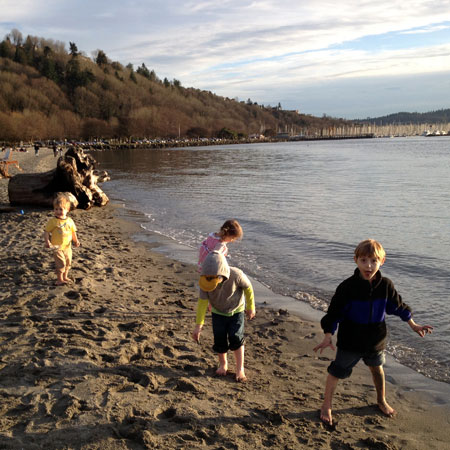 By the time we left the beach it was getting dark and cold and I tucked a blanket over each kid. We stopped for dinner at the Totem House across from the locks that I just noticed has reopened (in October, apparently). It’s now owned by Red Mill, which Oprah declares “One of the 20 Hamburgers You Must Eat Before You Die.” 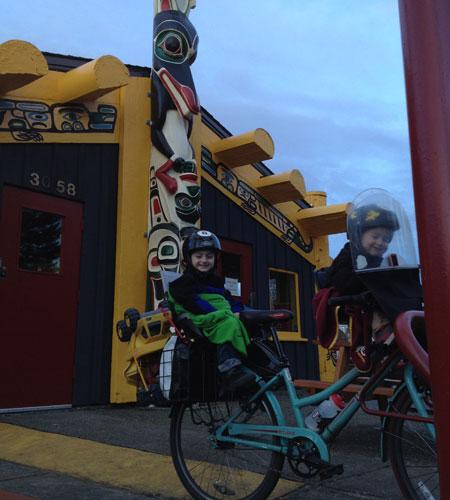 I remembered to bring my headlight along, but forgot to use the downtime at the beach to get it attached. So I quickly stuck it back in its old spot on the fork. Riding home I saw one bike without a light…not well, though, since my miss-aimed light only illuminated the trees far above her head.

On to the third bike…I delivered the kids home to Mr. Family Ride and took the Big Dummy back out solo for the monthly preschool parent meeting. I was feeling mopey about not being able to take the road bike out, but a passing cyclist shouted “I like your bike!” at me and cheered me up. Moments later another cyclist shielded his eyes as we passed each other. The bright dynamo lights certainly are wonderful at night.

Riding around at night is such a change–there’s a different batch of stuff to see. I discovered a house in our neighborhood with several bikes hanging in the living room. I’d love to go back with a better camera (and not accidentally set off the flash with the first shot, doh) some night. 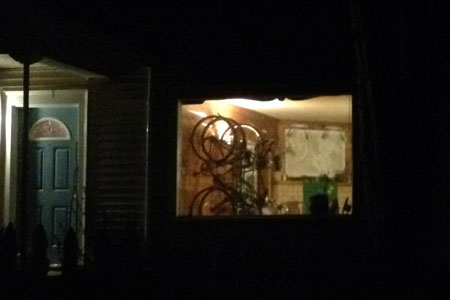 I also used the light on my new clock for the first time. Wow, since when is 8:44pm so late? I left my flip flops on, as you can see. I brought boots and socks along, but left them in the FreeLoaders. 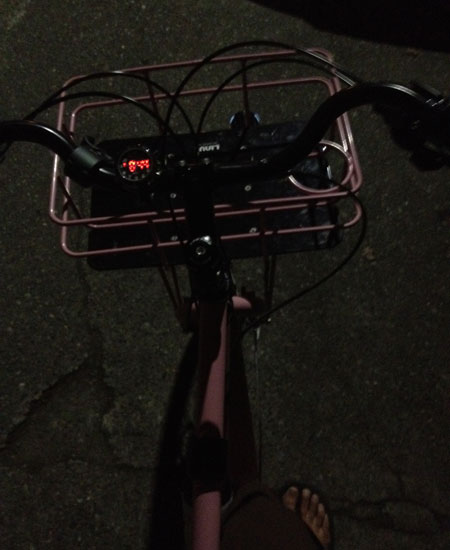