Super exciting day with my Big Dummy on the back of a van!!! 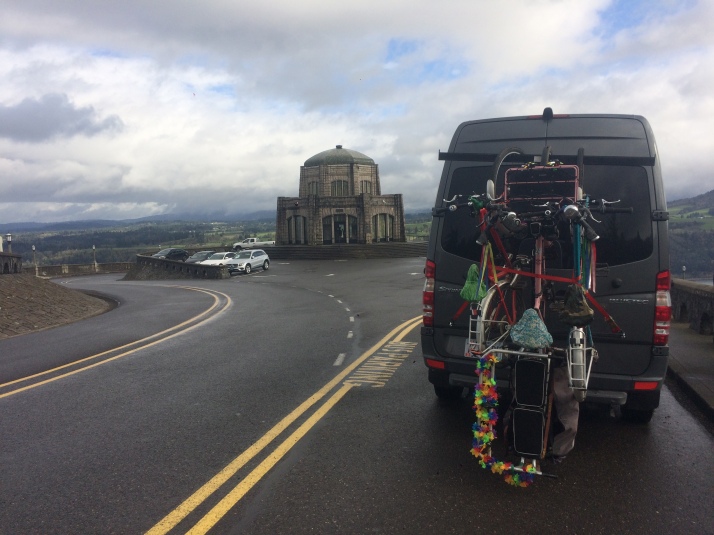 It’s been on a van once before — to the Iron Horse Trail — and it’s been in the BoltBus several times, but it still feels novel to transport it anywhere. Sarah of Cordilleran Tours has a Drayton Solutions “Hitch Mounted Eight Bicycle Folding Bike Rack” that held my Big Dummy. There wasn’t a lot of clearance…but there was enough!

We drove an hour to Vista House in the Columbia River Gorge to meet up with Jerry Zelada (of Safe Routes to Groceries as well as many other awesome things) to shoot some video for his upcoming Gorge Pedal:

The Fire is Gone.

Bring your Bicycle Legs and Families to the First Gorge Pedal Ride.

Come Back to the Gorge. Wake up your Senses and Mind.

See & Hear how the Columbia River Gorge National Scenic Area is rebounding after the 2017 50,000 acre fire.

Meet passionate people who present the Botany, the Geology, and the Native American perspective. Listen to Ambassadors/Advocates of the trails and history of the Gorge. 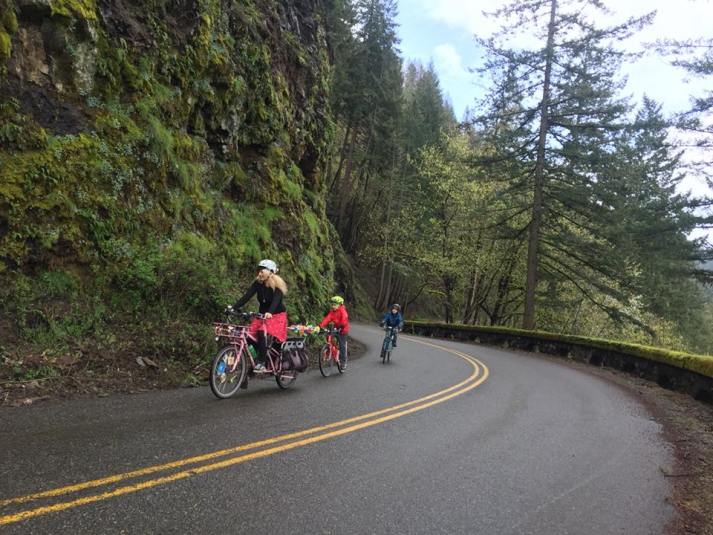 Right now the Historic Columbia River Highway is only open from Chanticleer to the Angel’s Rest trailhead, but Gorge Pedal isn’t until August 25th and by then it will be reopened for the 12-mile family ride and 46-mile cardio ride. Bike: Surly Big Dummy.

Despite forecasts for lots of rain and high winds all day long, we were incredibly lucky for filming in the Gorge. But the rain came to Portland in the afternoon and I spent four hours saying “I’m leaving in five minutes to go grocery shopping” before I finally mustered the energy to go out into the wind and rain for a five-minute pedal to the store. It wasn’t all that bad. I parked under an overhang, but I’m not sure what that motorcycle in my photo was doing on the sidewalk in front of the grocery store. He was a jerk and got in an argument with a homeless man trying to stay dry outside the store before revving his engine right by the front doors. Bike: Surly Big Dummy. 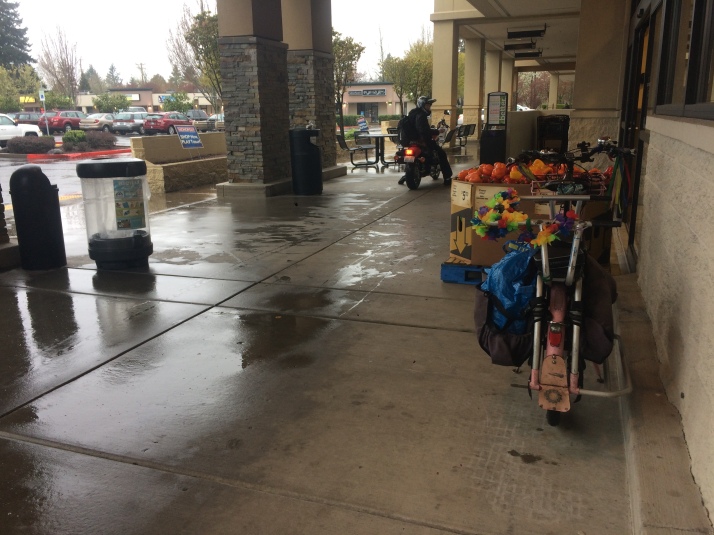