We had a terrific Kidical Mass ride through the holiday lights this year! Olympic Manor is a community in the Crown Hill neighborhood of North Ballard and goes all out for the holidays.

See all the pictures here.

It was our warmest and driest holiday ride yet–a balmy 44 degrees Fahrenheit (7 Celsius) when we arrived to the park at 4pm, but it got a bit colder as the sun disappeared. Arriving at the park–the playground by Loyal Heights Community Center–while it’s still light out is great for hanging out while we can see one another, but waiting for 4:45 to roll around felt kind of long this year so I’m contemplating moving it a tad later next year. 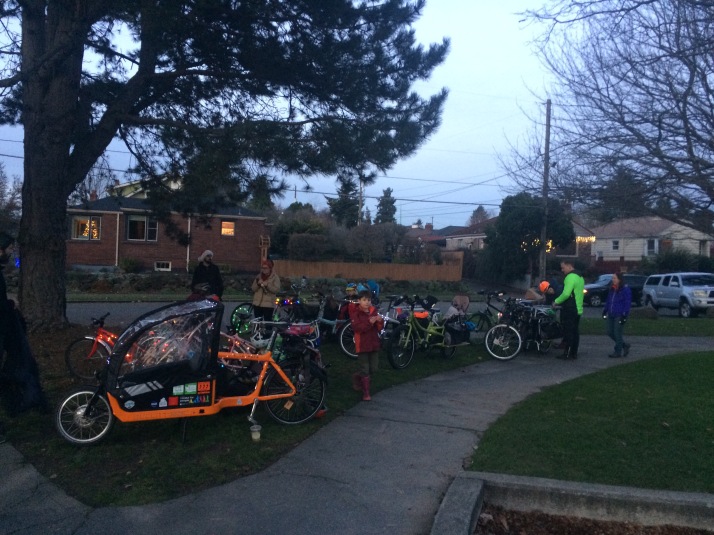 We had a great turn out with 33 participants! Here’s rundown of our bike collection:

Lots of cargo bikes, about half of them with e-assists.

I’ve been fine tuning our route over the years and this was our shortest ride yet, 2.7 miles all together–here’s the route. It seemed perfect and it was less hilly than years past. We still saw all our favorites, like Santa in a VW bus: 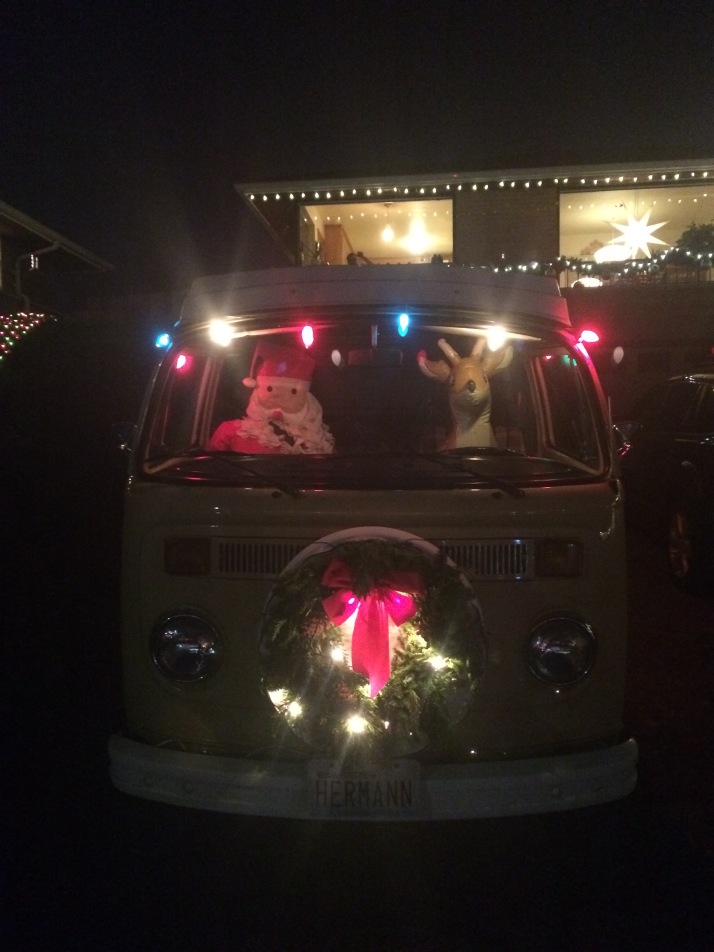 And our regular jog on a side street to see the Flying Spaghetti Monster for a taste of something a little different. It’s always worn a Santa hat in the past, I figured to toe the line per community holiday guidelines, but it was bare-headed this year. 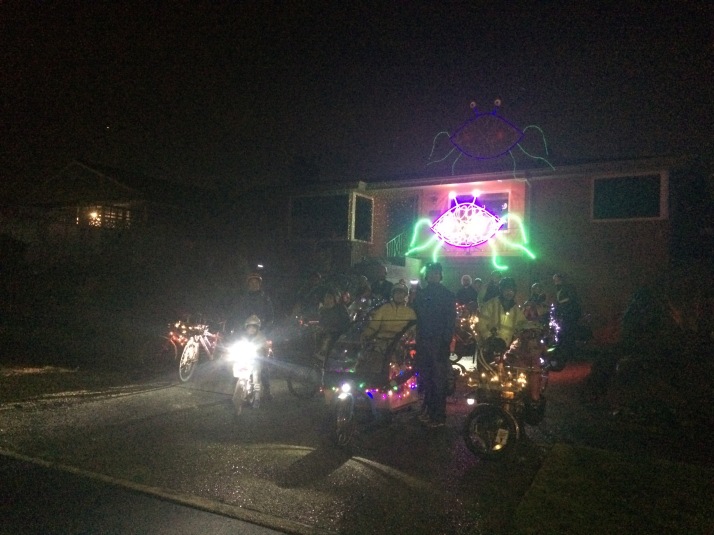 We noticed (and were freaked out by) a Santa hologram in the house across the street from the Flying Spaghetti Monster. He waved at us, we waved back, he waved more, he disappeared, we screamed! He was very authentic. Also new this year were lots of houses with elaborate projector lights, some with tons of tiny dots, giving the illusion of houses blanketed in twinkle lights, and this one that the kids thought looked like was under water: 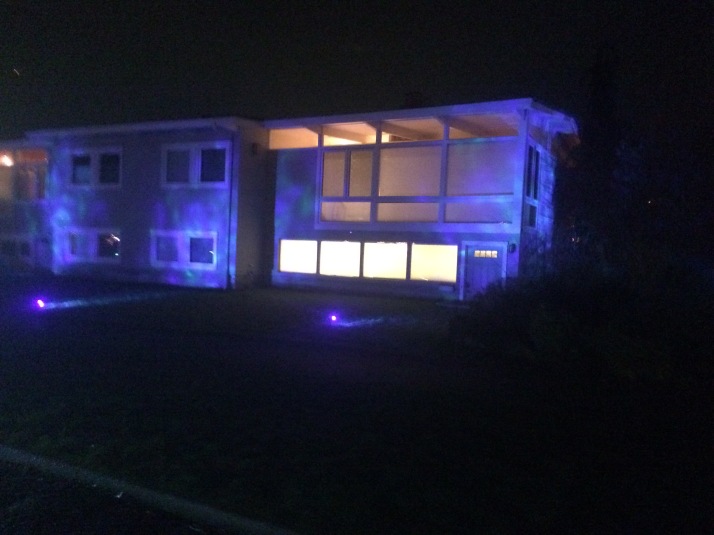 I love holding the ride on the winter solstice so we can shout “Happy Solstice!” to everyone in addition to “Merry Christmas!” and it’s fun to be out to share that earliest sunset of the year with a bunch of bikey friends. Having had solstice fall on a weekday these last couple years has been great because the Loyal Heights Community Center is open so we have access to restrooms before the ride. Potties at the start and end of a ride are very important, but not always available.

We ended the ride at Grumpy D’s Coffeehouse as usual and learned that Wednesday night is open mic night, oops. It was pretty crowded and the stage took up the play area, but everyone was happy to have all the kids there. We found space to play in the back hallway, purchased snacks, and it worked out well. And I see next year’s winter solstice is on a Thursday so that will be just like old times. 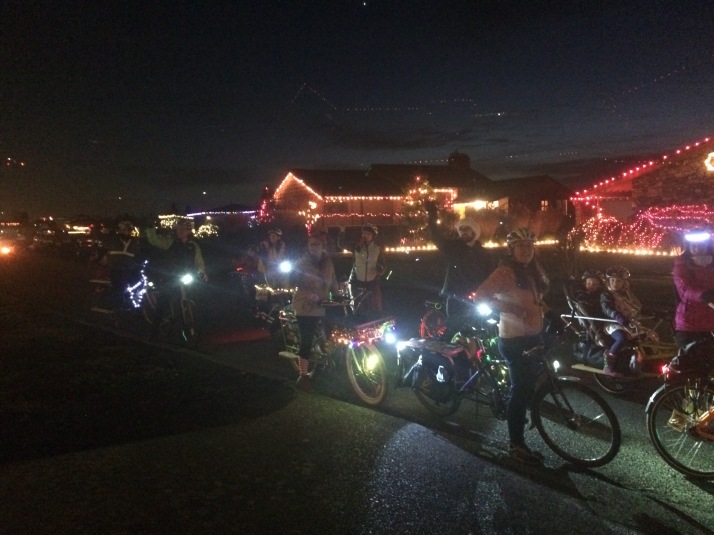 I cannot stress how much I love being the same size as my teen and the bike redundancy it has yielded! My dynamo-lit Straggler has a flat (front tire this time, it likes to alternate 🙃) and my teen’s mtb has lights on it from D&D last night so I yoinked it!