Started out the day in a panic when I couldn’t find my keys. This wouldn’t have been such an issue in our previous houses where my bikes lived in a garage, unlocked (though it’s still a good idea to lock up in your garages, folks) so no time for pictures as I uncovered the keys, freed the bike from its lock, and we raced to school–four-year old riding his old 16-inch bike and six-year old on the FlightDeck. But here’s stage two, carting four-year old and the old 16-inch bike to Phinney Ridge to pass it along to a little friend who’s ready to pedal.

Then we met up with Hum of the City, visiting from San Francisco!

We headed to G&O Family Cyclery for test riding. This is how the kids test ride:

But the real test riding was me and my four-year old on Hum of the City’s Brompton with Pere kid seat while she took out Davey Oil’s “Blooey” the EdgeRunner cycletruck with Stokemonkey e-assist: 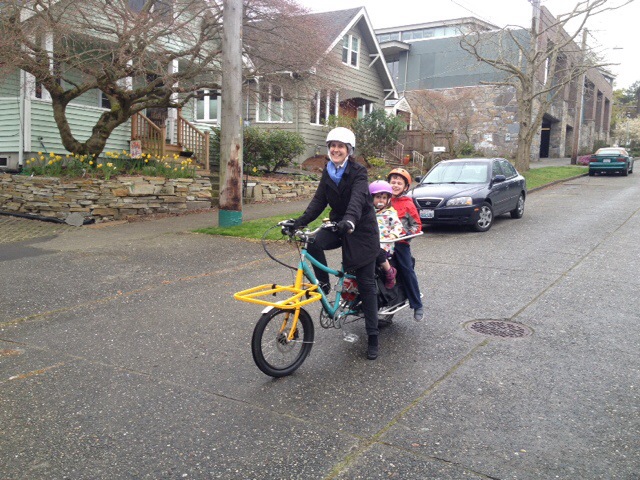 It’s an amazing bike so naturally she attracted some attention–this guy hopped out of his truck to check it out. 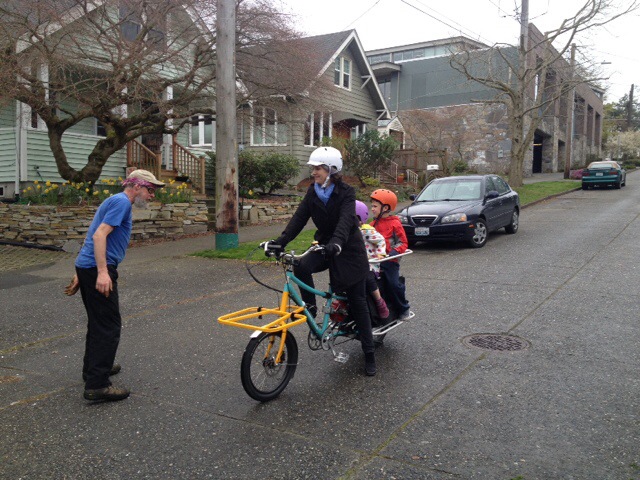 I had to leave the fun to fetch my six-year old from school, but that played perfectly into running a little errand: returning yesterday’s not-broken-anymore Brompton to Sara. And I learned from Hum of the City the bag is the Ikea Dimpa storage bag, created for storing spare car tires, but perfectly sized for Brompton!

Then back to G&O with both kids to reconvene for more bike talk and dinner before dark ride home. 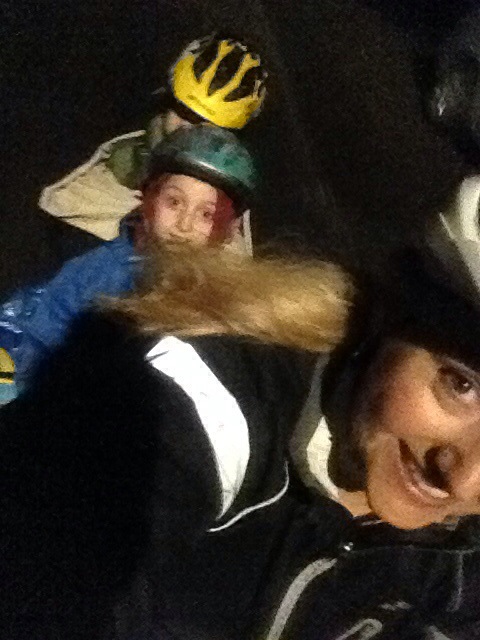 In boring blog news: trying to make things quicker by uploading photos straight from phone to WordPress. It’s much quicker, but the files are bigger and I really like poking at every image in Photoshop so not sure I want to make it a habit. But hoping to find some corners to cut to keep at the #30daysofbiking blogging. Couldn’t bring myself to do the typing on my phone, but I guess ideally I’d make it all short and sweet and mobile. Advice welcome!